5 Of The Most Influential European Automotive Collaborations

We often tend to think of automotive brands as being free-standing, independent entities with their own very individual characteristics. There's the design language of the exterior, interior, powertrain, and chassis, but also their unique feel and identity. A BMW looks, smells, and drives like a BMW, which is different from a Porsche, which is different from a Mercedes, and so on.

There are times, however, where two well-known manufacturers may turn to each other for help with a particular car or project. While the results may end up mixed like any marriage between two different people, there have been some real classics born of these different engineering collaborations. 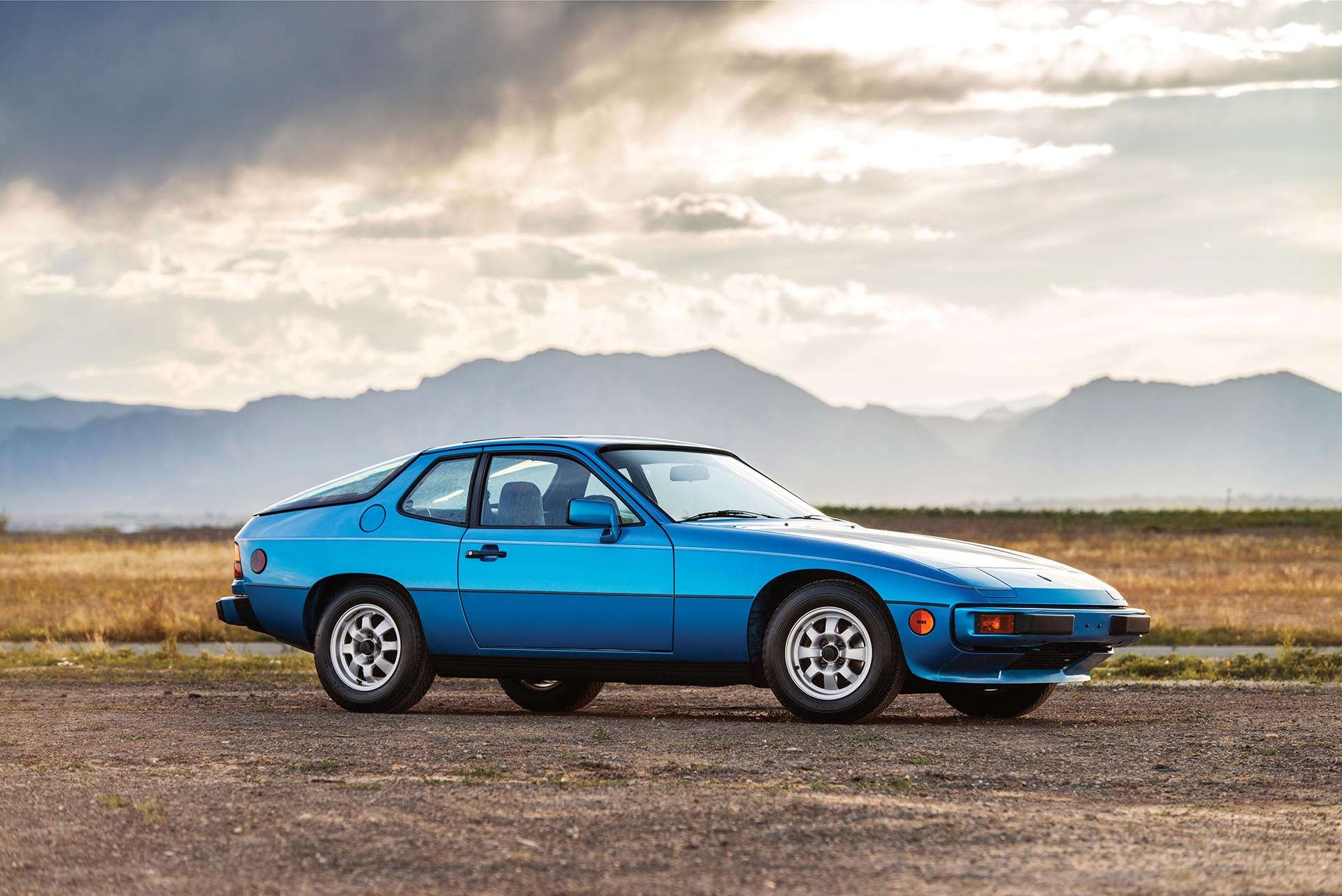 As you will see, Porsche is something of a go-to when another manufacturer needs to sharpen one of the models in their line up to create something extraordinary. In the case of the 924, it was Volkswagen who decided they needed not just a refined version of one of their current models but also a whole new sports car, all with a little help from their Stuttgart cousin. The Porsche 924, as it turns out, was never intended to be just a Porsche. They needed to replace the entry-level 914 and VW was looking to build their first proper sports car, so the pair joined forces on what would become the 924. 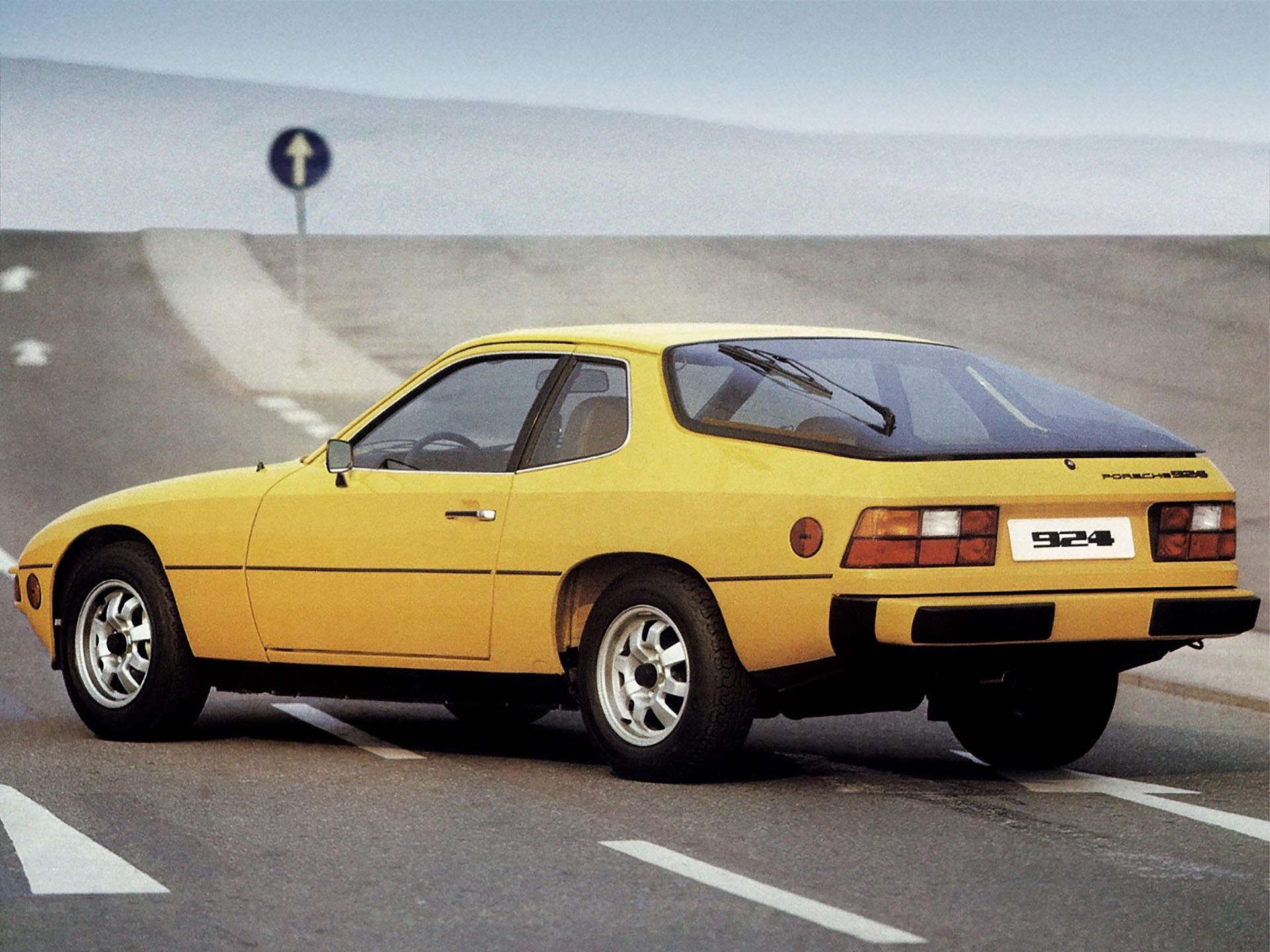 Porsche took the lead, utilizing their engineering and design along with the VW and Audi parts bins to string together the mechanical underpinnings for the front-engined water-cooled car. The 2.0 8v engine and rear-mounted transaxle were nicked from Audi, while the majority of the suspension was taken directly from the Mk1 Golf. Early on in the development of the 924, then called Project 425, VW got cold feet thanks to the 1973 oil crisis and scrapped the project. Porsche, still needing to replace the 914 and not having any other options on the table, ended up striking a deal with VW to produce the car, while it was marketed and sold as a Porsche 924. Volkswagen actually ended up making more profit by producing the 924 than Porsche did in selling it.

No longer hampered by VW's more cost-conscious approach, Porsche eventually was able to develop the 924 well beyond its initial design, introducing turbocharged versions, optimizing and uprating the suspension, and even taking the car to Le Mans in 1980. The design arguably culminated with the ultra-rare turbo-based 924 Carrera GT, GT Clubsport, and GTR versions.

While no one would claim the original 924 was a car that was truly able to live up to the Porsche name, it was massively successful in sales, and it eventually reached higher levels of performance. The 924 also gave birth to the successful 944. While virtually all of the VW-derived components had been replaced by that time, the fact remains that one of the most successful Porsche models of all time actually started life as an engineering collaboration with Volkswagen. 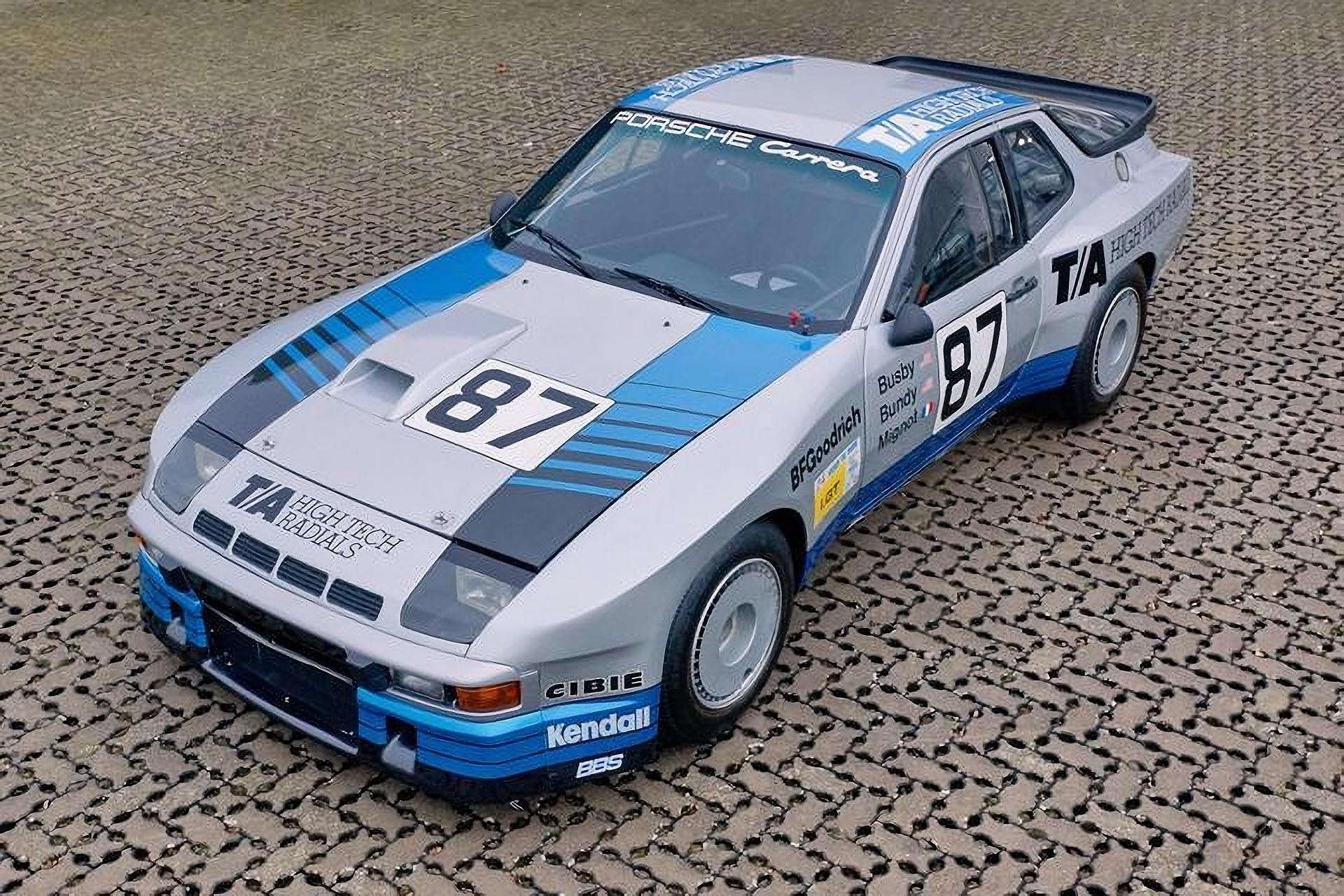 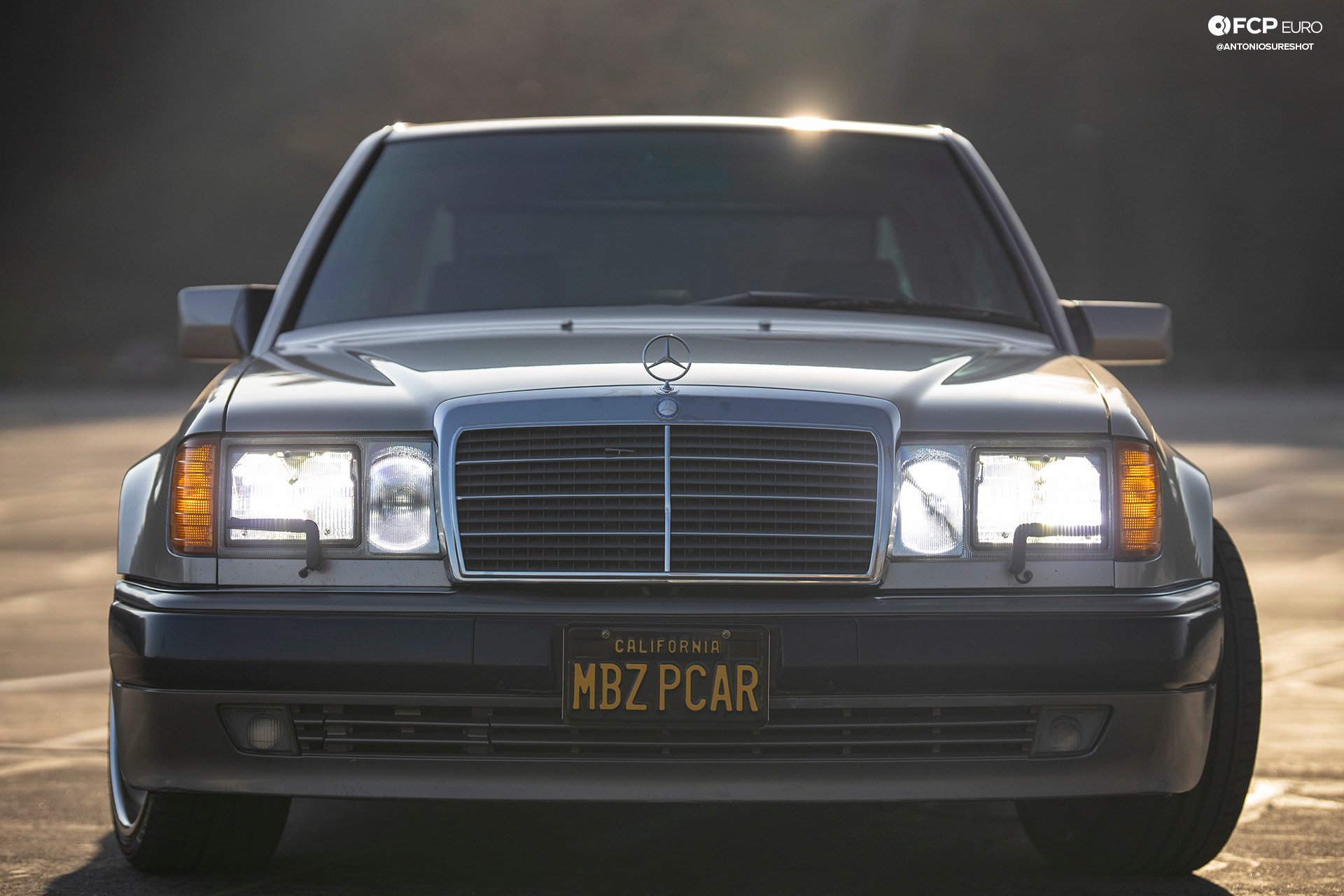 Mercedes has perhaps some of the strongest genes and clearest identity of any of the German marques. They also have a proven formula for success with their performance models: Stuff a big V8 engine in an unassuming chassis, uprate the necessary components to cope with the bump in power, then turn the tires into smoke. Despite this, in the late 1980s, Mercedes reached out to Porsche to design a hot-rod version of their W124-based sedan. Mercedes engineers were busy with the new S class design, and while Porsche isn't the first company you think of when it comes to V8s, perhaps the 928 had impressed the competition to the extent that they were on the shortlist for Mercedes. Since Porsche wasn't doing all that well financially at the time, the workload was probably welcomed with open arms. 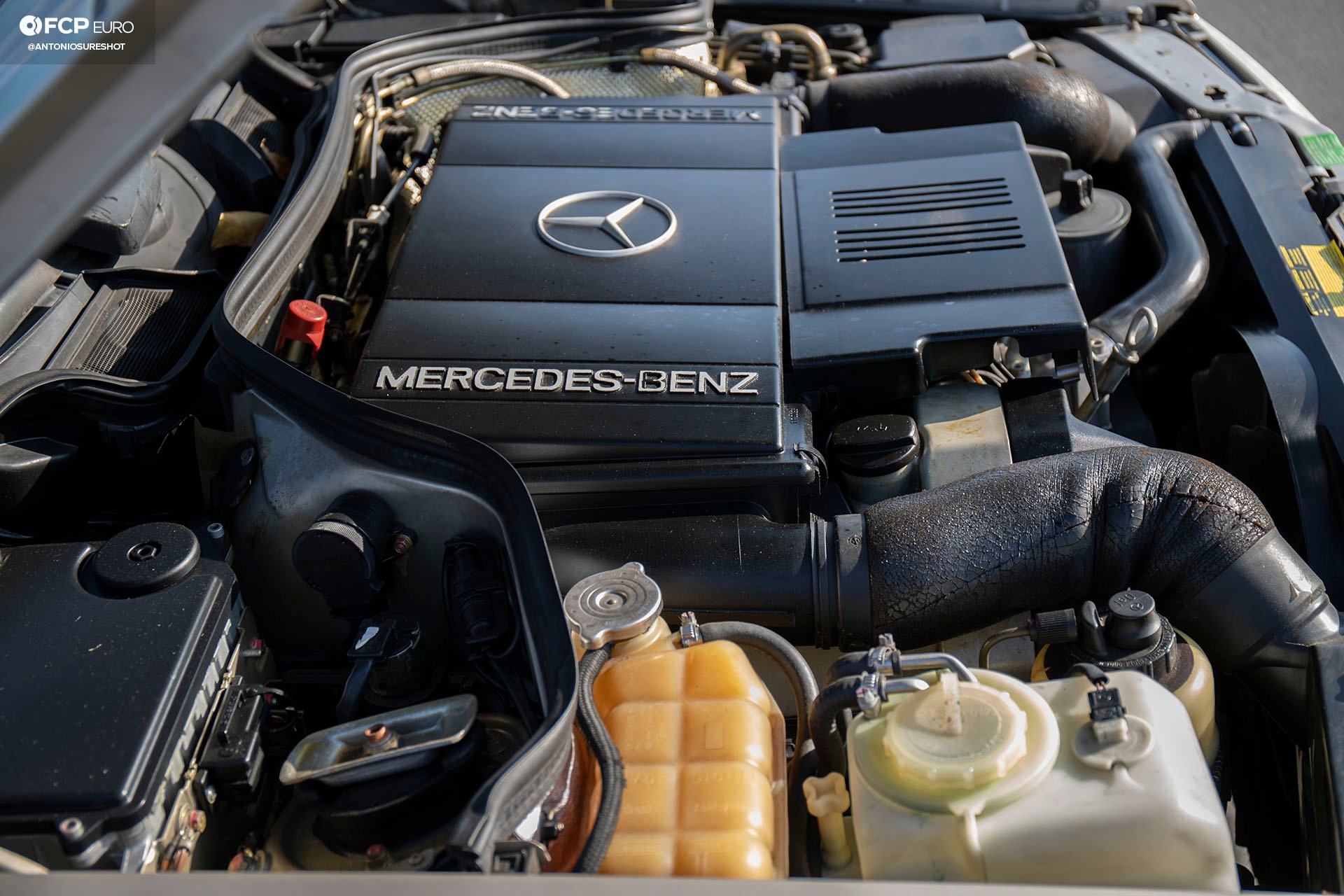 With the 500E, Porsche was tasked with shoe-horning the 322 horsepower 5.0 V8 from the Mercedes SL into the mid-size sedan. Utilizing the transmission from the aforementioned Porsche 928, brakes from the Mercedes SL, and redesigning a number of suspension components, the 500E was a potent performer. Acceleration to 60mph took approximately 5.5 seconds, an outstanding number for the time period. Visually, the 500E has subtly wider fenders along with a unique front spoiler and side skirts to set it apart from its more pedestrian brothers. 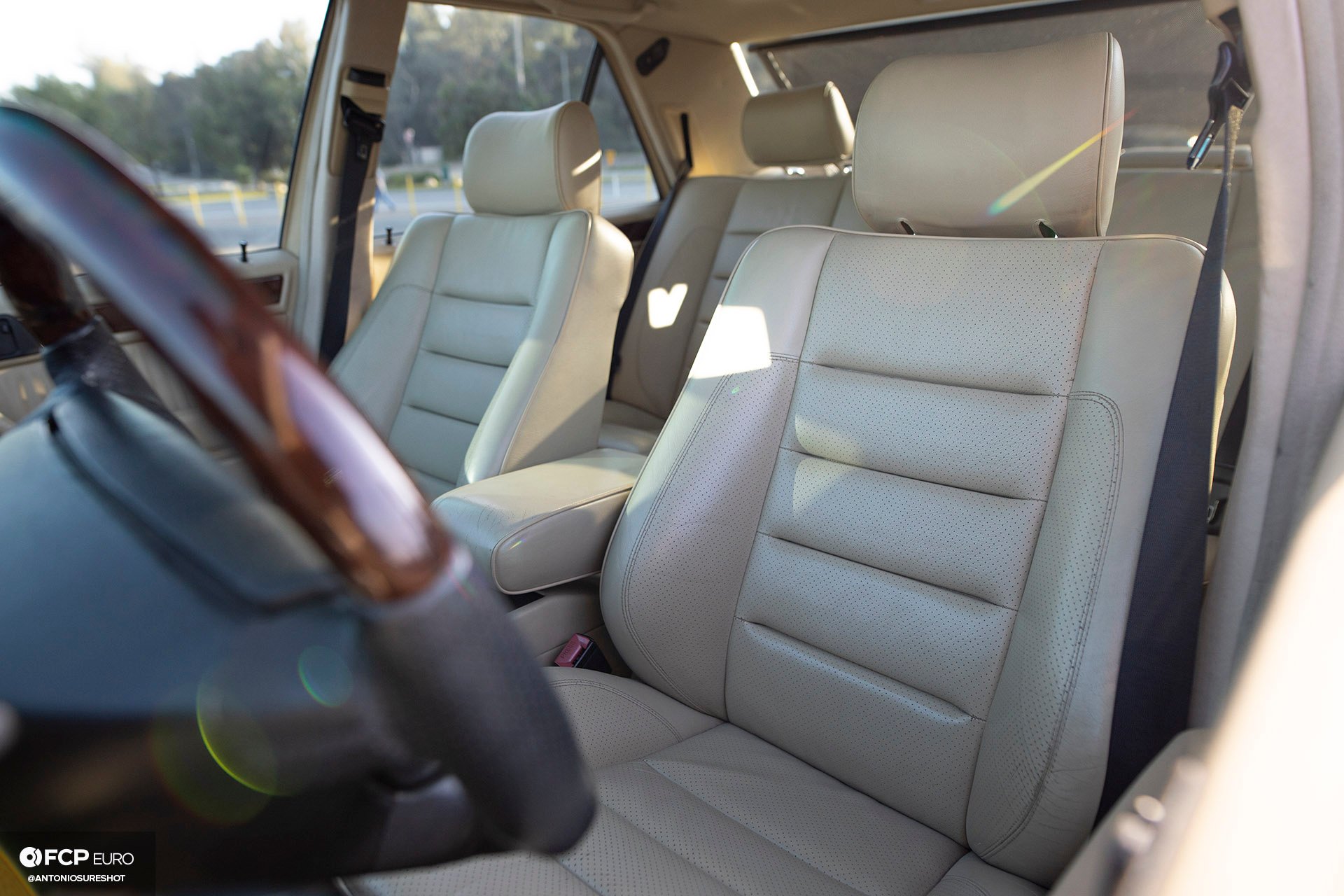 In a twist reminiscent of the Porsche 924, thanks to those wide fenders, the 500E was too wide for the Mercedes production facility at the time, so all 10,000+ examples were hand-built in the Porsche facility in Zuffenhausen Germany. The last few 500E Mercedes models were built alongside another non-Porsche, the Audi RS2 Avant. 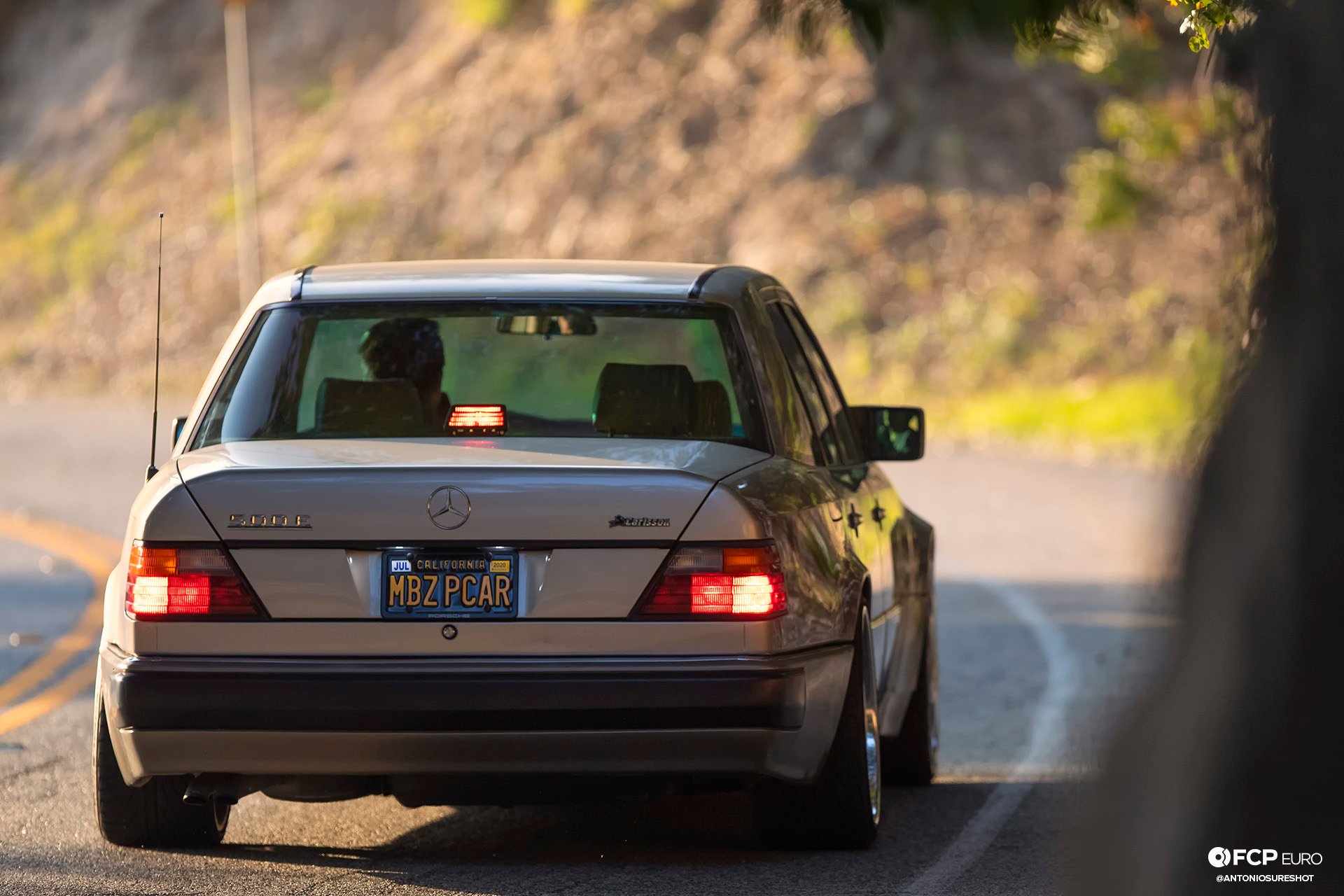 Click here to read more about this specific Mercedes-Benz 500E 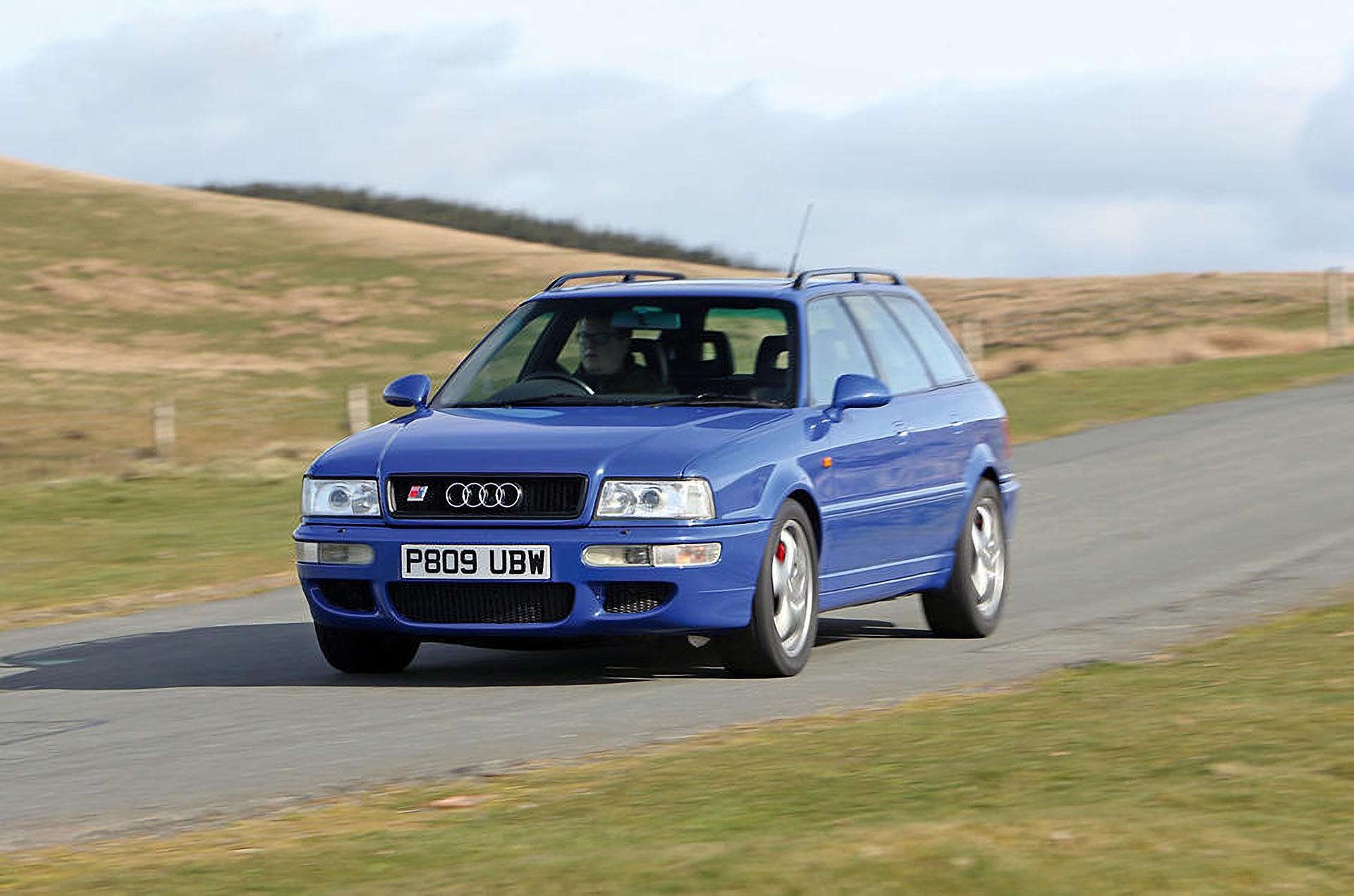 Perhaps due to the success of other Porsche engineering projects to date, Audi got in on the action and drew up an agreement with Porsche to develop their very first RS model - the iconic and instant-classic Audi RS2 Avant. Porsche took to the task of transforming the solid but relatively boring Audi 80 into a world-beating performance car.

Unlike previous examples such as the 924 and 500 E, the RS2 featured badging and obvious component sharing between the two brands. Audi supplied the bodies, primary suspension components, and primary driveline components, but Porsche tuned the suspension and also supplied the Cup 1 wheels and Porsche Brembo brakes from the 968 model. 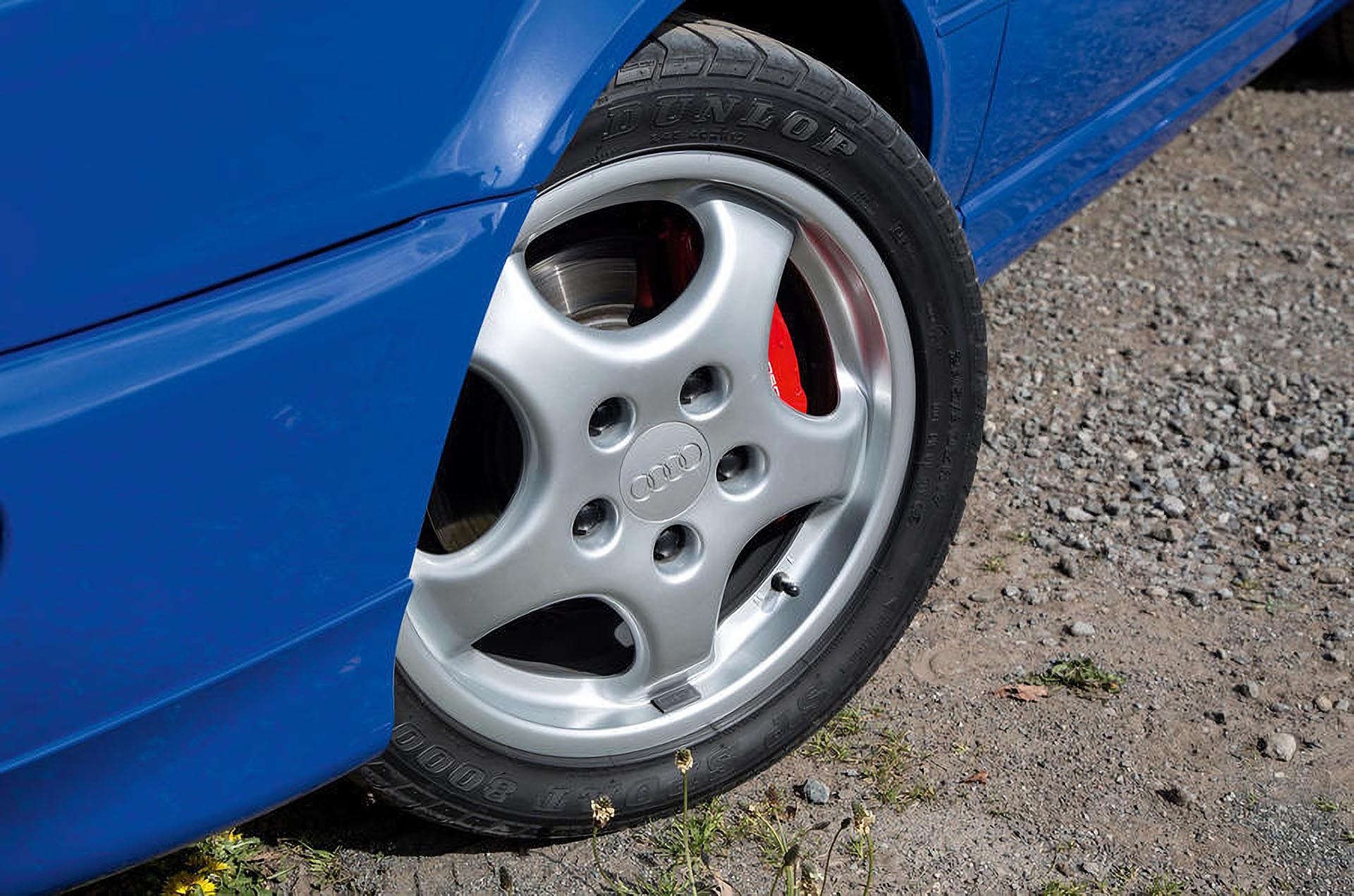 The 2.2 L 20-valve inline 5-cylinder engine was from Audi but substantially modified by Porsche. They fitted a larger turbocharger, modified fueling and electrics, added an intercooler, and a Porsche-branded intake manifold. The result is a solid 311 horsepower and 0-60 time of only 4.8 seconds, along with a healthy dose of turbo-lag to go with the beautiful 5-cylinder soundtrack. 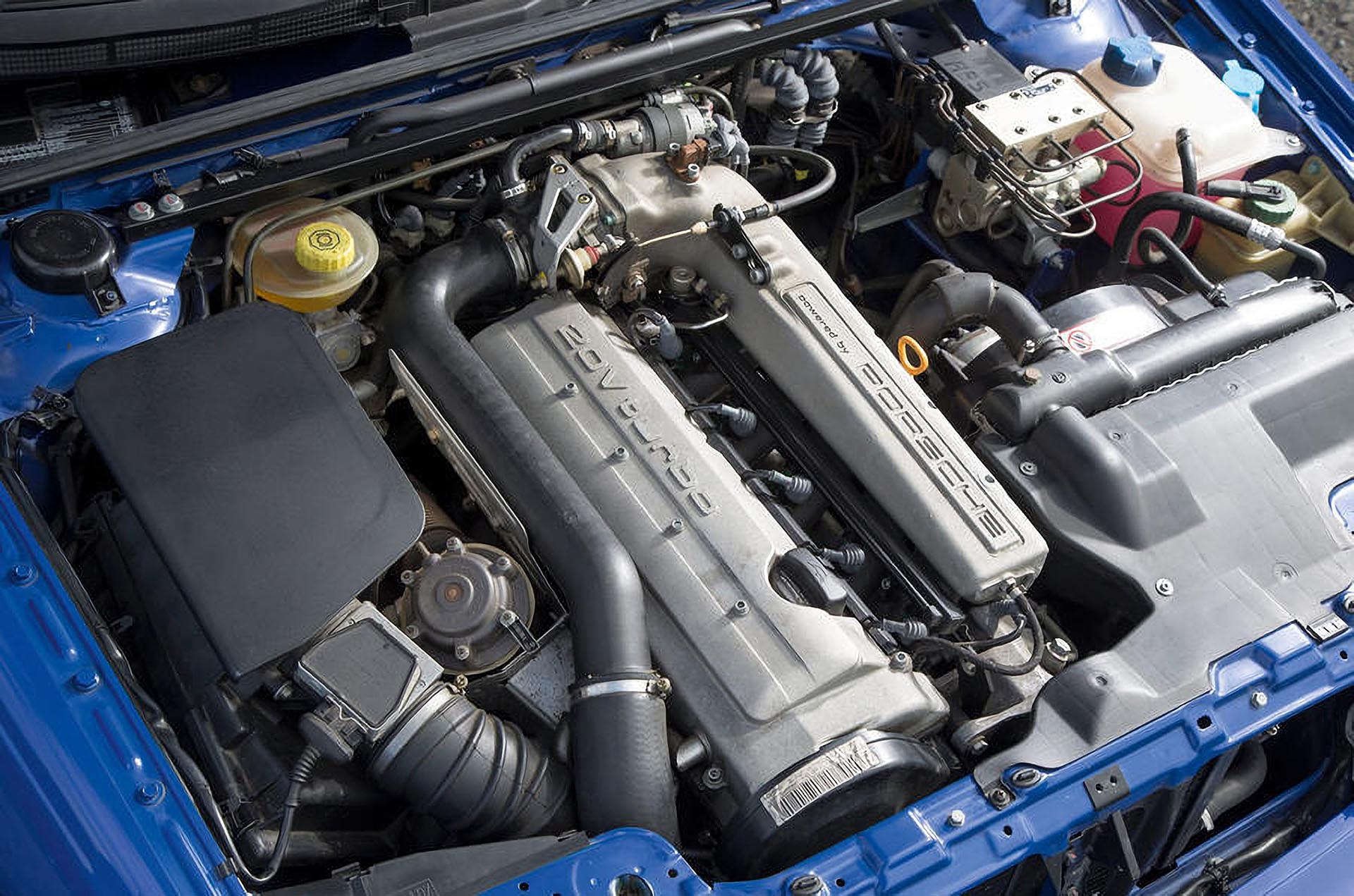 Whatever the badging, this level of performance was astounding for the time, and despite relatively low production numbers over the two year run from 1994 to 1995, the RS2 was and still is, an instant classic. It also laid the groundwork for so many other world-beating but unassuming Audi performance cars such as the B5 RS4 Avant, which was the direct successor to the RS2. 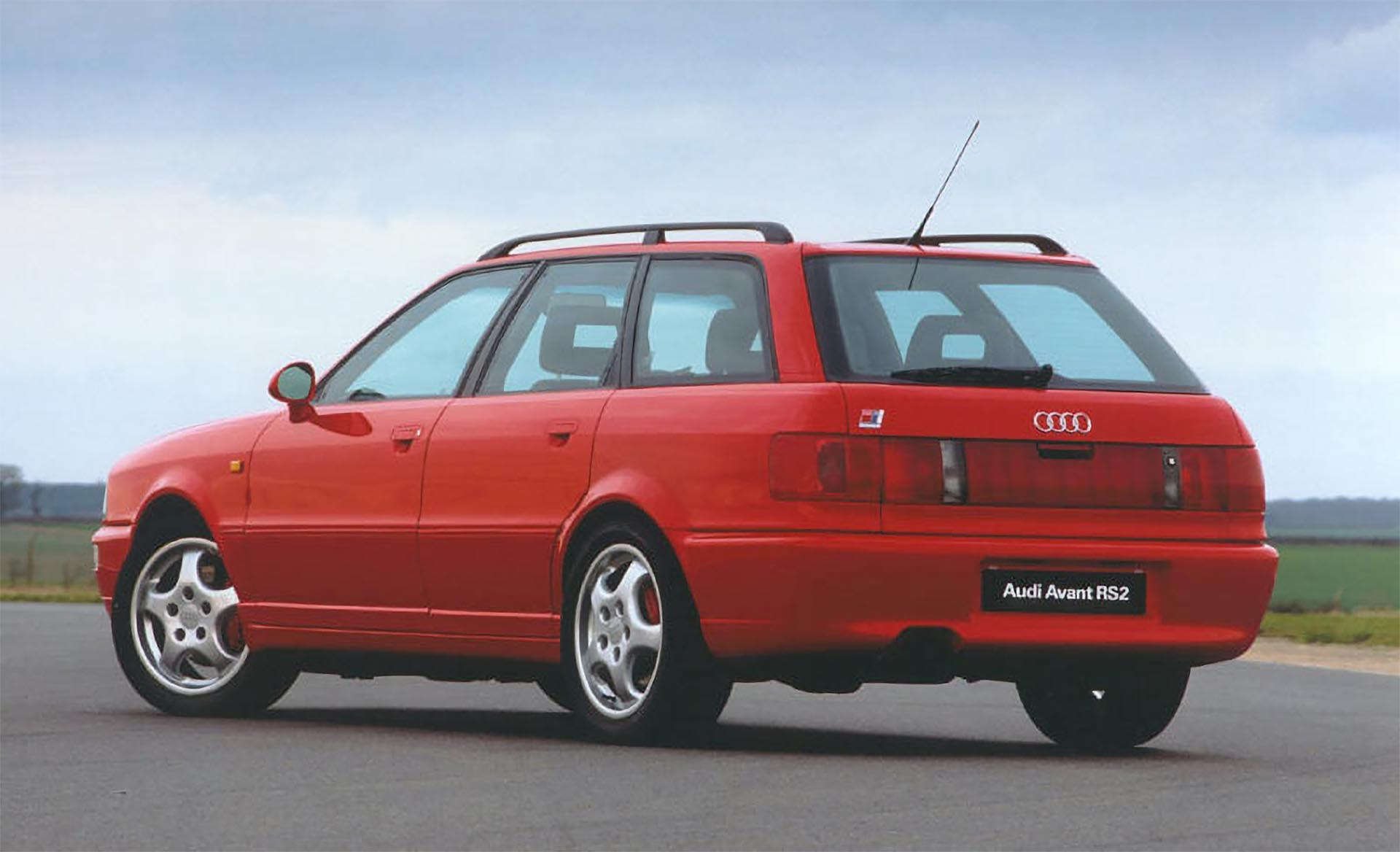 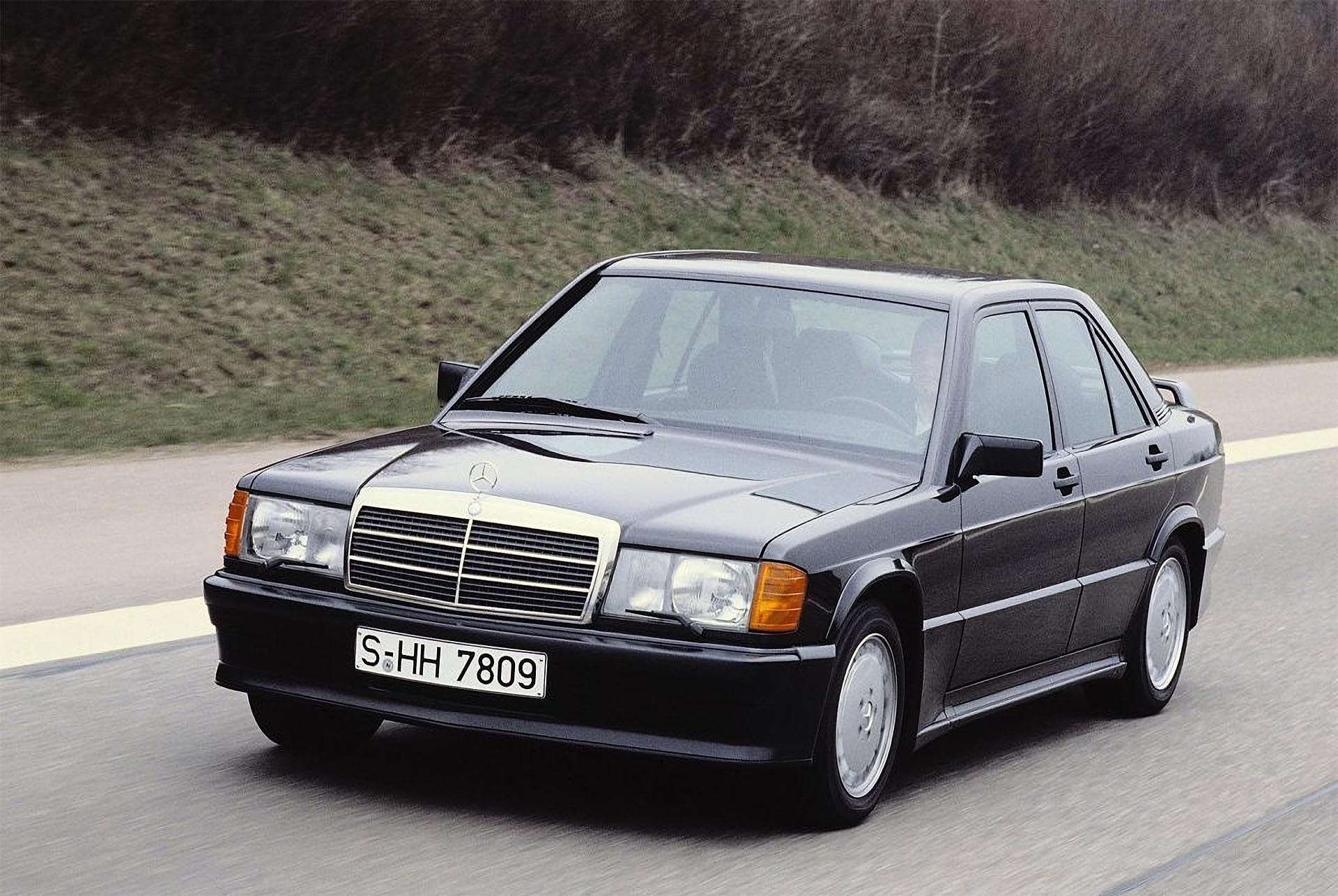 We've already touched on the Mercedes go-fast formula of big V8s and big sedans. So what happens when Mercedes-Benz wants to compete in an arena that caters more to 4-cylinder power plants and doesn't allow for a big V8 to be competitive? They turn to a specialist who knows small high-revving engines better than anyone else, and in the early 1980s, that name was Cosworth Engineering.

Cosworth has been associated with Ford products for decades, but as an engineering firm, they have lent technical expertise to many manufacturers over the years. For Mercedes-Benz and Cosworth, their task was to take the 2.3 L 8v M102 and turn it into something that could compete in the German Touring Car Championship, aka, the DTM. The series followed the Group A class regulations, which required the core road going components to be used in racing cars in that class. 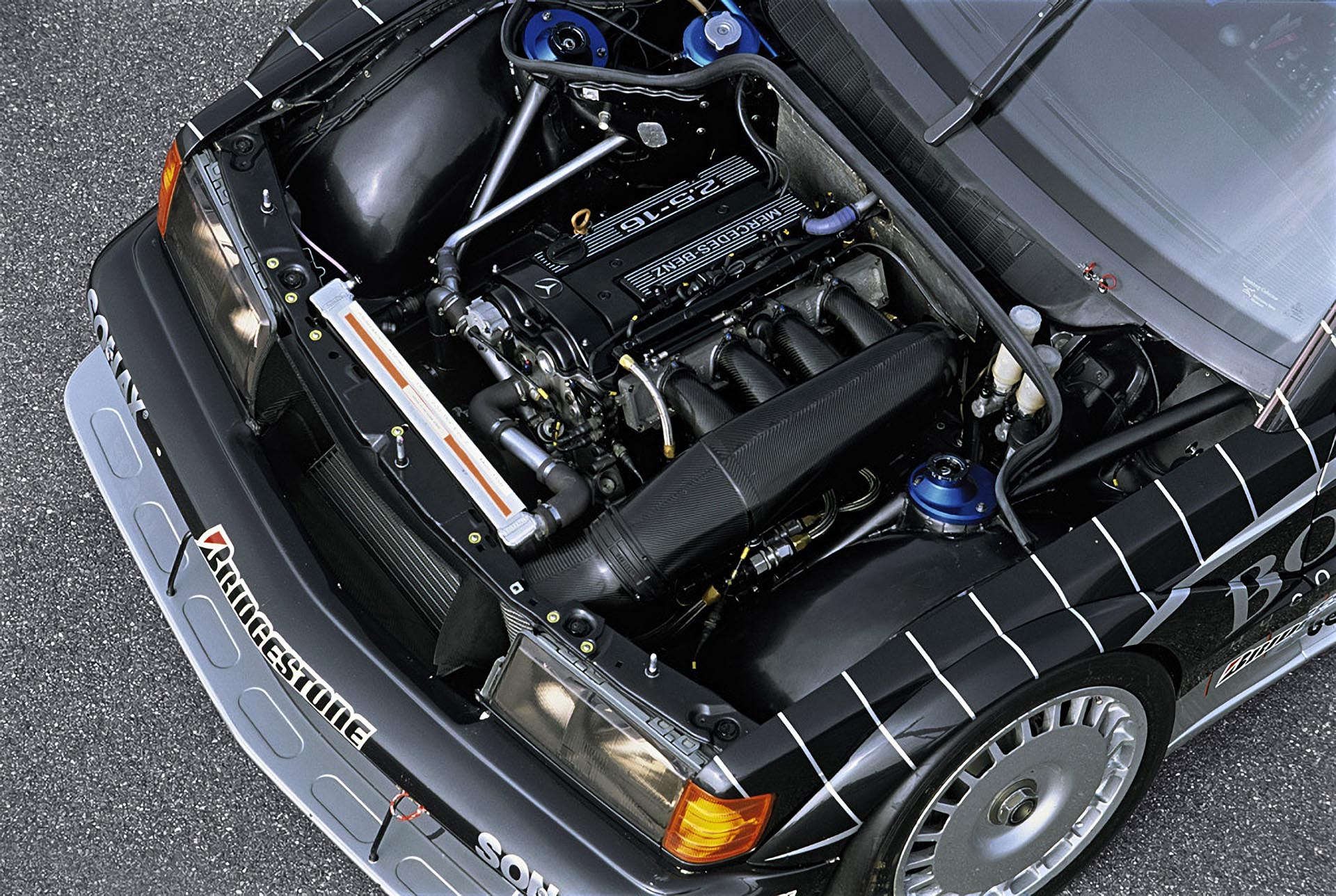 First and foremost, Cosworth designed and cast an all-new 16 valve cylinder head to take maximum advantage of the high RPMs the oversquare engine was capable of turning. Pistons were redesigned and compression raised to a heady 10.5:1, all of which combined to produce 185 horsepower in the road going 190E 2.3-16 sedan. A model-specific body kit, uprated steering, suspension, and a dog-leg transmission all differentiate the 190 2.3-16 from its base-model brethren. 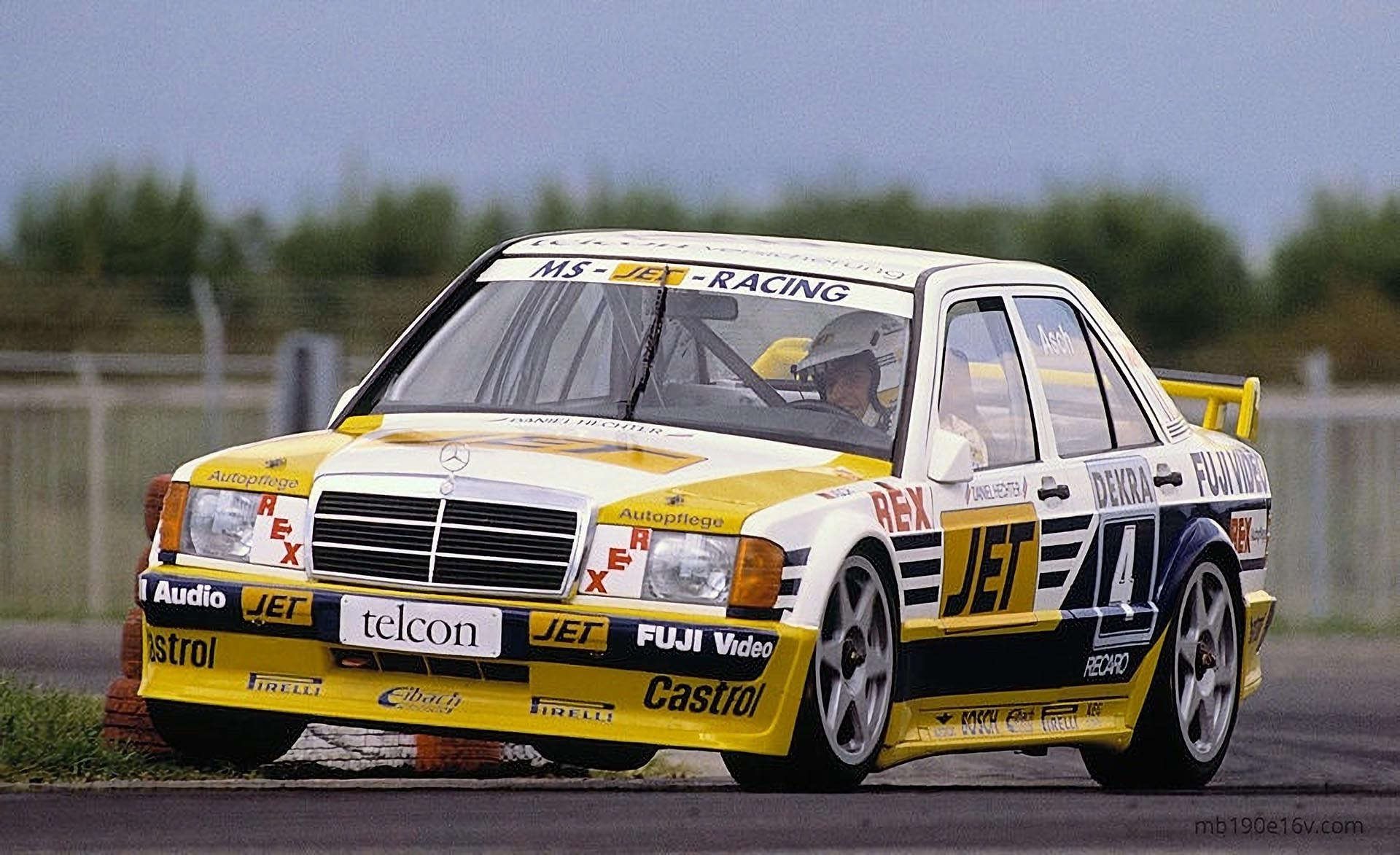 The racing versions featured more aggressive camshafts, a higher flowing head, dry-sump lubrication, kugelfischer racing injection, and more. In the early 2.3 L versions, power was around 240 horsepower. As competition in the DTM increased, the engine was continually developed in the Evolution I and Evolution II packages. Displacement increased to 2.5 L, and the final variants of the Cosworth 190-16v racing engine were making something in the range of 370 horsepower—a most impressive number for a naturally aspirated 4-cylinder engine even today. Meanwhile, the street-going 190 2.5-16 produced 232 horsepower.

The Mercedes-Benz 190 2.3-16 and Evo I/Evo II 2.5-16 models remain two of the most classic and appreciated models by those who know and the race cars on which they were based dominated the DTM series for years. 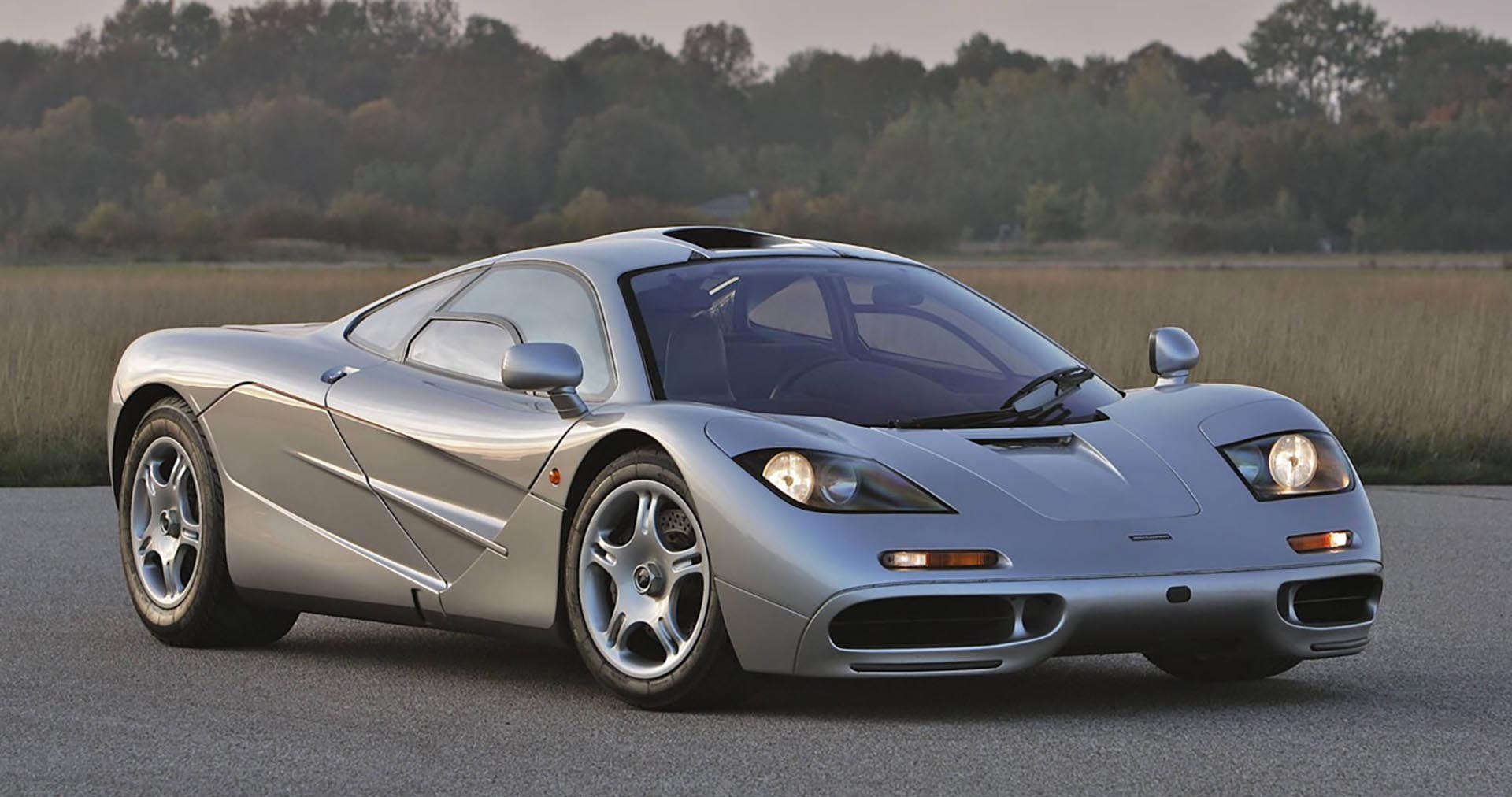 McLaren is a world-renowned engineering firm in their own right and maintains a legacy built on Formula 1 successes unmatched by perhaps any of the other independent teams. While they may be fairly well associated with road going sports cars and GT cars today, when it was announced in the early 1990s that they were building the ultimate road-going sports car, it was headline-worthy. The car was to be called the McLaren F1, naturally, and was conceived of and designed by Gordan Murray, the lead McLaren F1 racing car engineer at the time. 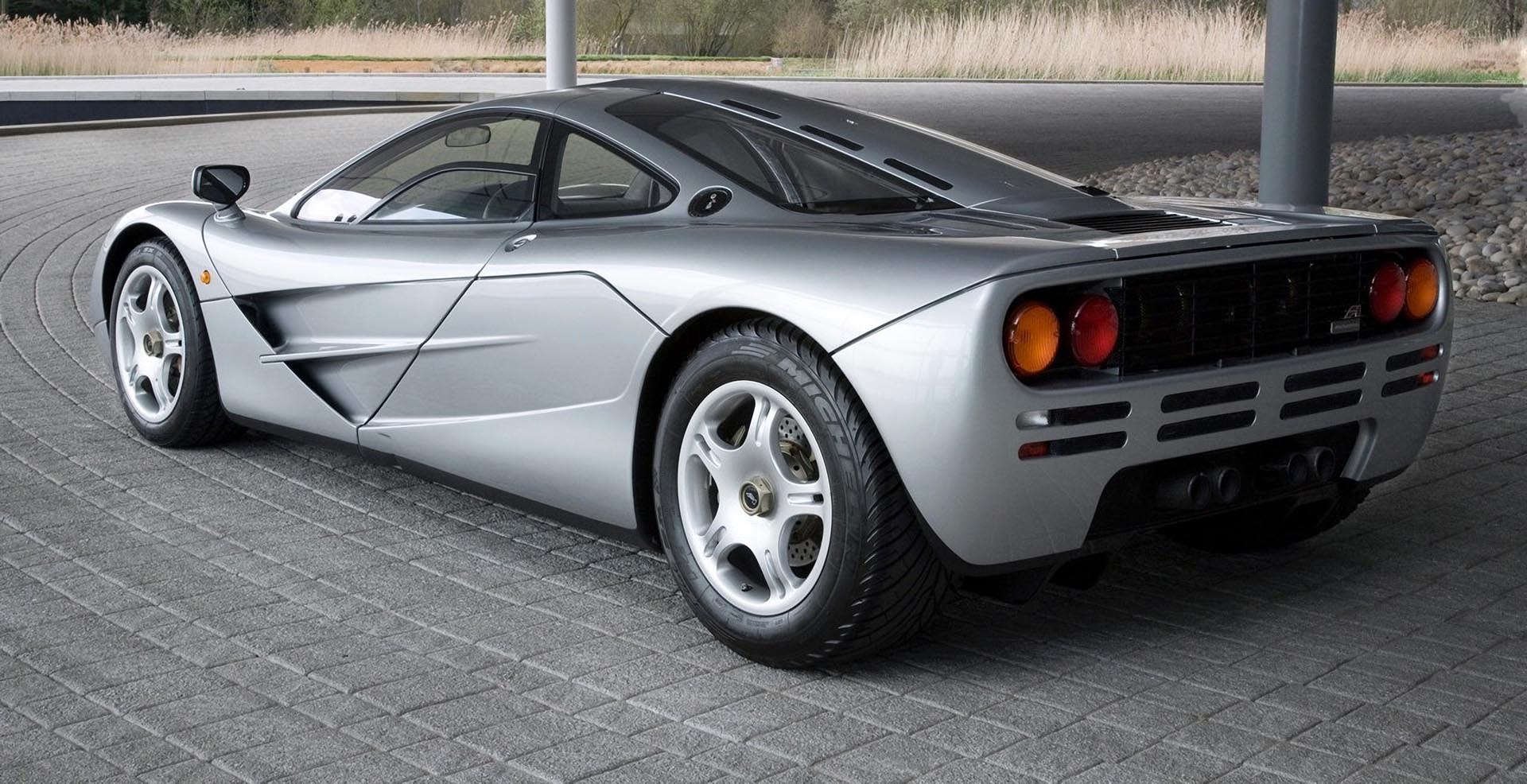 While Gordan Murray was more than capable of designing the McLaren's aerodynamic and mechanical systems, much like their Formula 1 car, the power plant itself was not something that McLaren and Murray had any interest in building themselves. At the time, they were partnered with Honda, and while the 3.5-liter Formula 1 racing engine would have fit the design parameters and power output that Murrary was seeking, they had no interest in the project. Isuzu of all brands had a Formula 1 engine in development and was eager to participate, but thankfully McLaren was looking for someone with a bit more racing heritage and pedigree. Enter BMW Motorsport. 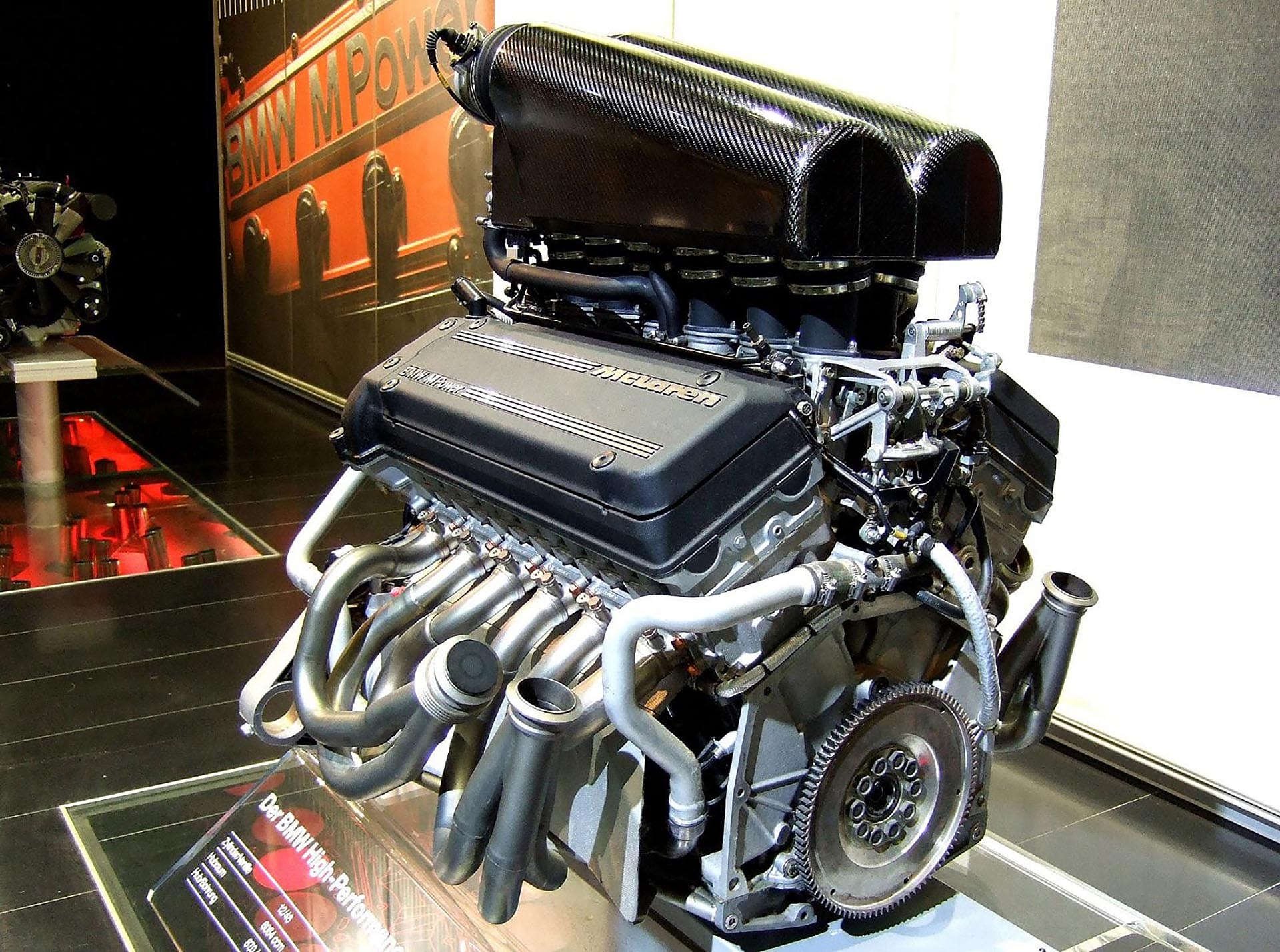 BMW was interested in the project and submitted a design based around their S70 V12 engine. With 6.0 L of displacement, making 618 horsepower, the aluminum block engine weighed just a bit more than originally desired. Still, it also made more power and fit the confines of the F1's design perfectly. The car itself made extensive use of exotic materials like carbon fiber for the tub and bodywork. The most exotic part of this car though, is its central driving position, designed for optimum weight balance. The BMW engine, now designated as S70/2, featured a variant of BMW's VANOS variable valve timing system, dry-sump lubrication, and magnesium components wherever possible to save weight. Electronic aids such as traction control and ABS are notably absent, and with the performance on tap - 0-60 in 3.2 seconds and a potential 240mph top speed - the F1 certainly demands the most from the driver. 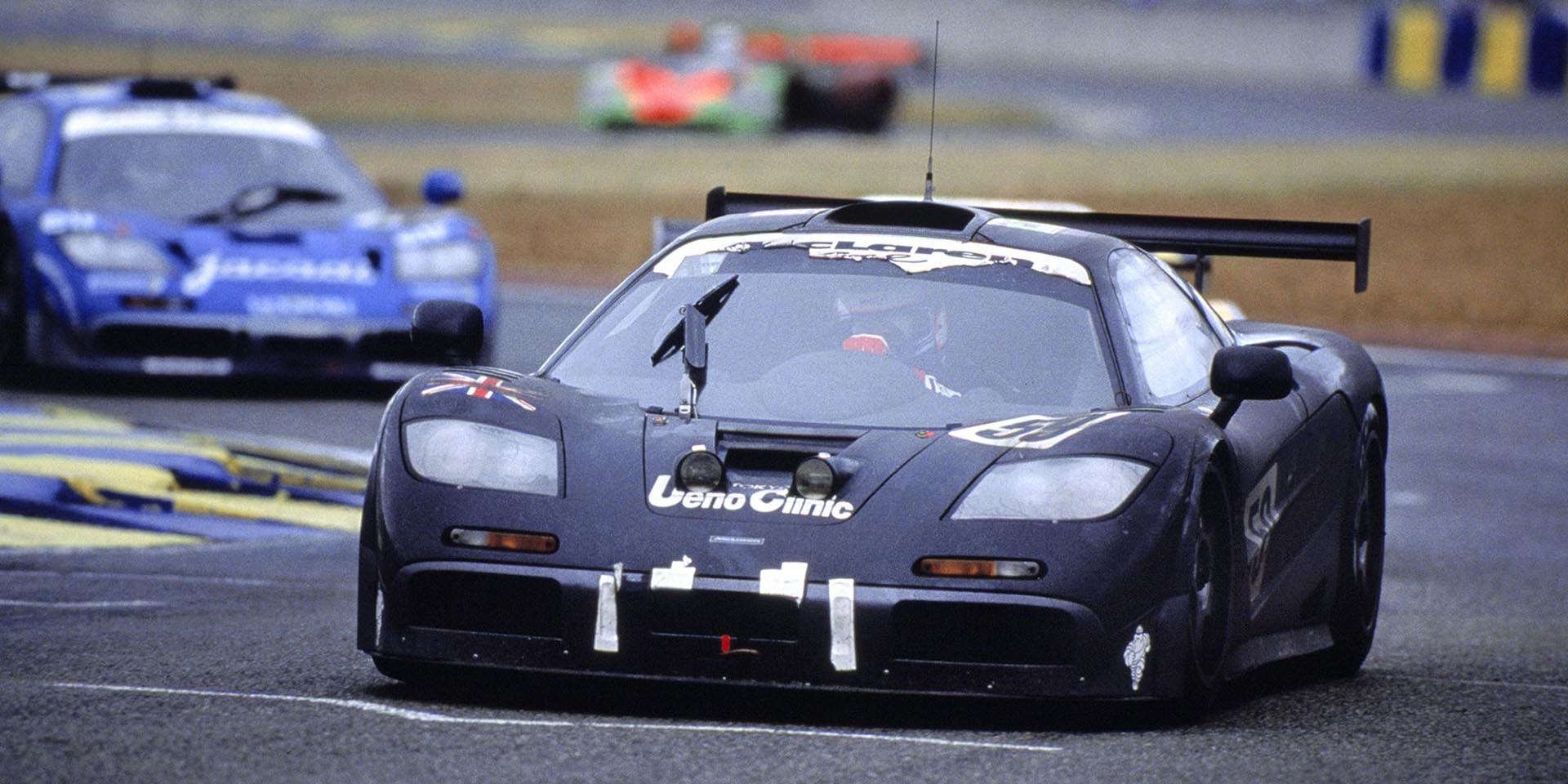 Interestingly the McLaren F1 was never intended to be a race car, despite it's racing heritage and pedigree. Several racing teams convinced McLaren otherwise, and the F1 GTR was the result. An iconic street car turned iconic race car, which ultimately won the 1995 24 Hours of Le Mans overall. This feat was not achieved by a true GT car since another icon, the Porsche Kremer 935 K3, did the same in 1979. Many credit the stellar BMW engine that powers the F1 as a crucial component of its success both on and off the track, and it's no doubt that had some other manufacturer supplied the engine, the F1 might not be the car it is known to be today. 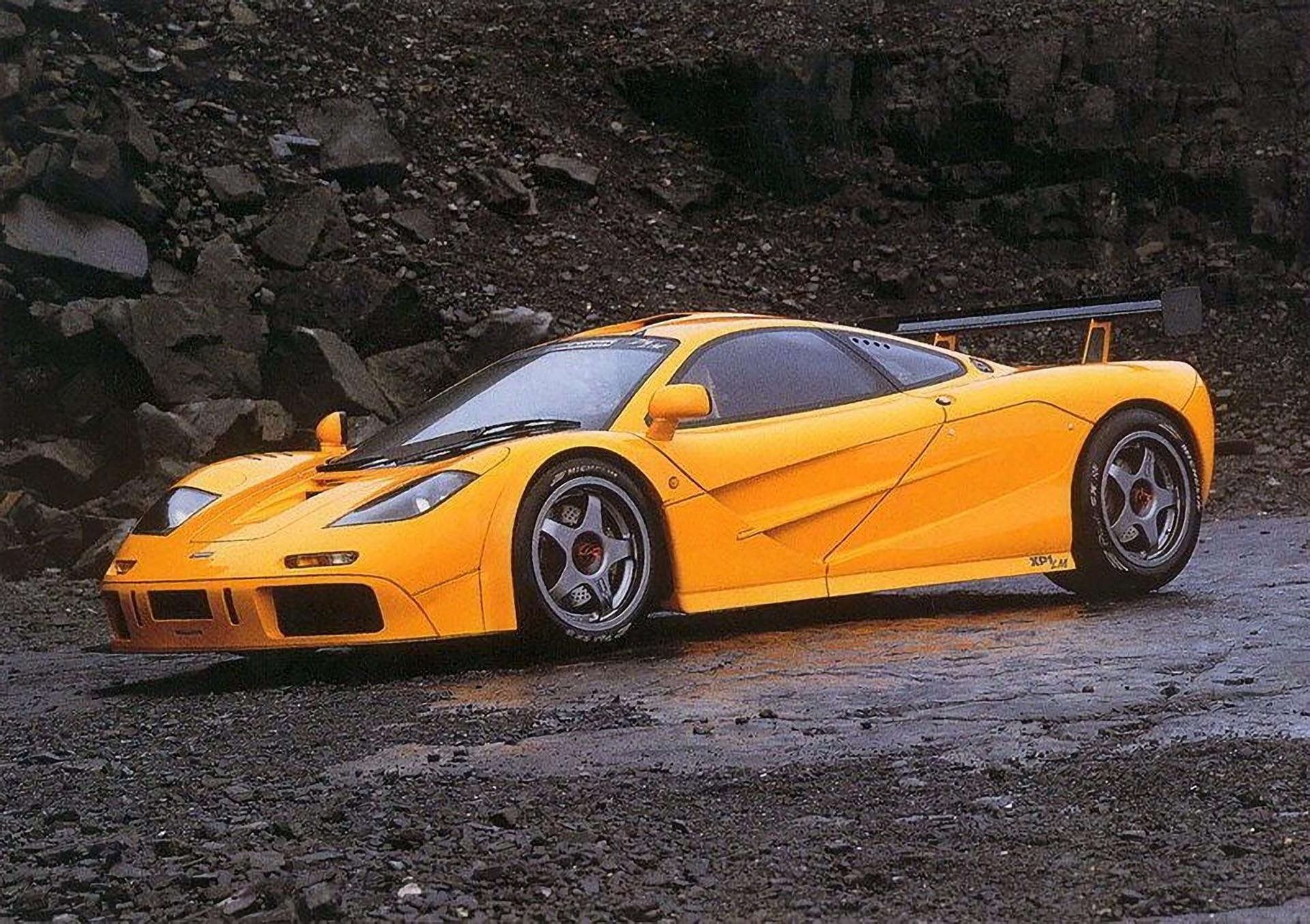 Were these the right five choices when it comes to European collaborations? Are there any that you felt were more influential or just some that can't be ignored?